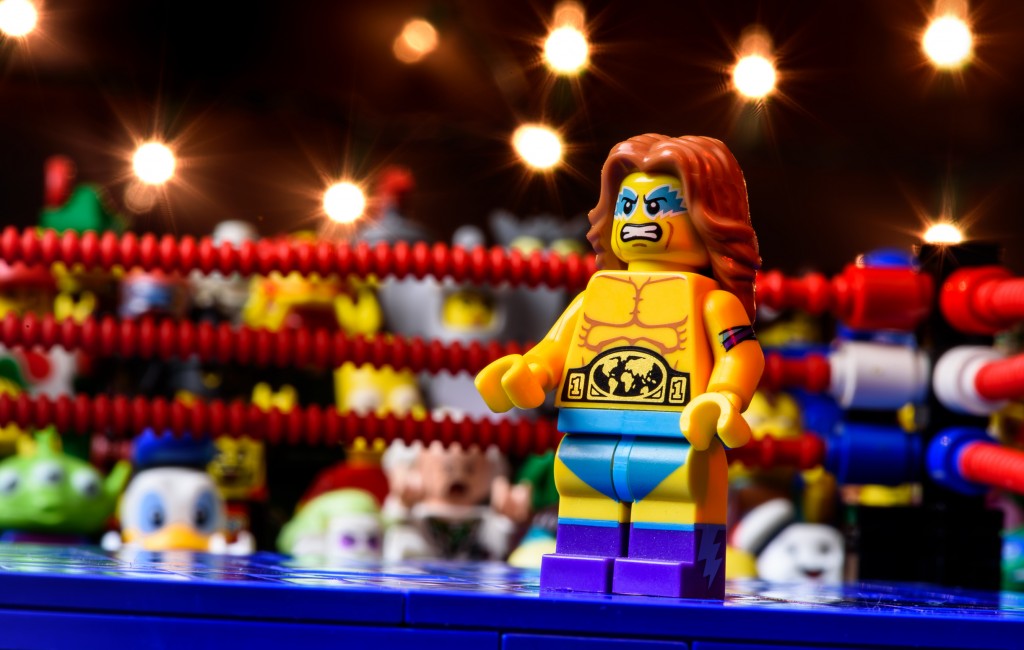 An updated version of a vignette I created in 2016 when the pro-wrestler Collectible Minifigure was released. In this particular 2018 update I used a more accurate hair piece to make the wrestler resemble the late Jim Hellwig. I built the wrestling ring using blue tiles, black bricks, and red ribbed hoses. The lights in the background are made with white Christmas lights; to make them appear like stage lights and flashbulbs, I used a small aperture of f/40 with a macro lens, and super slow shutter speed. This made the lights appear smaller and less like blurry orbs, and gave them lens flares.